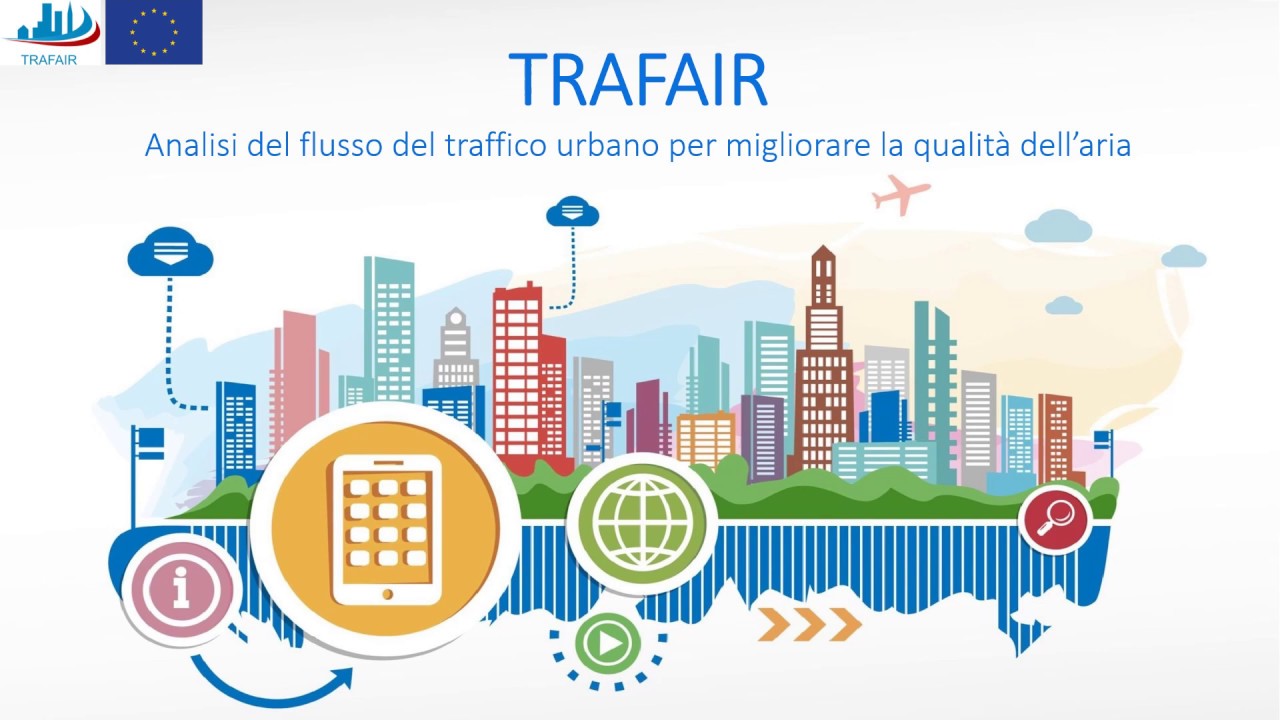 These are the goals of the two-year (2018-2020) European project Trafair “Understanding Traffic Flows To Improve Air Quality”, co-funded by the European Connecting Europe Facility (CEF) program of the telecommunications sector: (i) to provide a dataset of air quality and forecasting maps over six differently-sized European cities such as Zaragoza, Florence, Modena, Livorno, Santiago de Compostela, Pisa; (ii) to develop an urban air quality forecasting service based on weather forecasts and traffic flows, operating over the six cities for two years.

The environmental impact due to road traffic is main enemy of human health in many European metropolitan areas. Suffice it to say that air pollution causes 400,000 deaths each year, becoming the leading environmental cause of premature deaths in Europe. The service produced by TRAFAIR will combine data on air quality, weather conditions and traffic flows, in order to allow citizens and municipalities to assess pollution levels resulting from different traffic conditions.

As highlighted by the Urban Sustainable Mobility Plan (PUMS) of the Metropolitan city of Florence, the city of Florence - along with Bologna - is the fifth Italian metropolitan area as far as mobility demand is concerned, after Rome, Milan, Naples, Turin. The number of daily trips in Florence is estimated to be over 650,000. The total number of cars running in Florence during a weekday morning is approximately 100,000. Based on the IRSE emission inventory analyses, the plan also points out that mobility is the most affecting emitting sector, particularly as concerns CO and NOx, but also other pollutants such as PM2.5 and PM10.

Therefore, according to the Plan, it is fundamental to promote and implement actions to reduce this problem, such as renewing public and private vehicle fleet, encouraging the use of public transport and cycle paths, etc. The three Tuscan cities involved in TRAFAIR activities, Florence, Pisa and Livorno, proved to be particularly careful to the management of smart cities, being part of specific projects relating to the Italian Digital Agenda, the Italian strategy for the ultra-large band and the 2014-2020 Digital Growth Strategy. This allows to pursue simplification and collaboration objectives in order to promote smart cities, services and digital skills, aimed at achieving the Europe 2020 strategy.

The research work carried out in the framework of TRAFAIR is fundamental, thus resulting in a decision support system for the Tuscany Region Authority and the city of Florence that provides support in real time, in the near future and also in the long term. The Dashboard and the tools of the Snap4City platform, developed across the years by Disit Lab (DINFO, University of Florence) and also used as a reference platform for TRAFAIR in Tuscany, are already currently used in the Control Room of the Mayor of Florence, thus marking the importance of collaboration between public authorities and research institutions. A second important goal of TRAFAIR is to communicate with citizens and make them aware of mobility and air quality conditions in order to increase awareness and sensitivity on these important issues. Real-time traffic conditions can be visualized by all citizens through a dashboard thanks to the application of the Disit Traffic Model in the city of Florence.

One of the goals of TRAFAIR is to constantly measure concentration of key air pollutants such as nitrogen monoxide (NO), nitrogen dioxide (NO2), carbon monoxide (CO), and ozone (O3).

Measurements are provided by 5 stations, each equipped with various cells, one for each pollutant to be measured, including the 4 gases of interest for TRAFAIR, but also PM2.5, PM10, relative humidity, air temperature, etc. The stations were developed by CNR-IBE and deployed in collaboration with the Tuscany Region Authority and the Municipality of Florence at various urban locations.

See the Airqino stations for this project