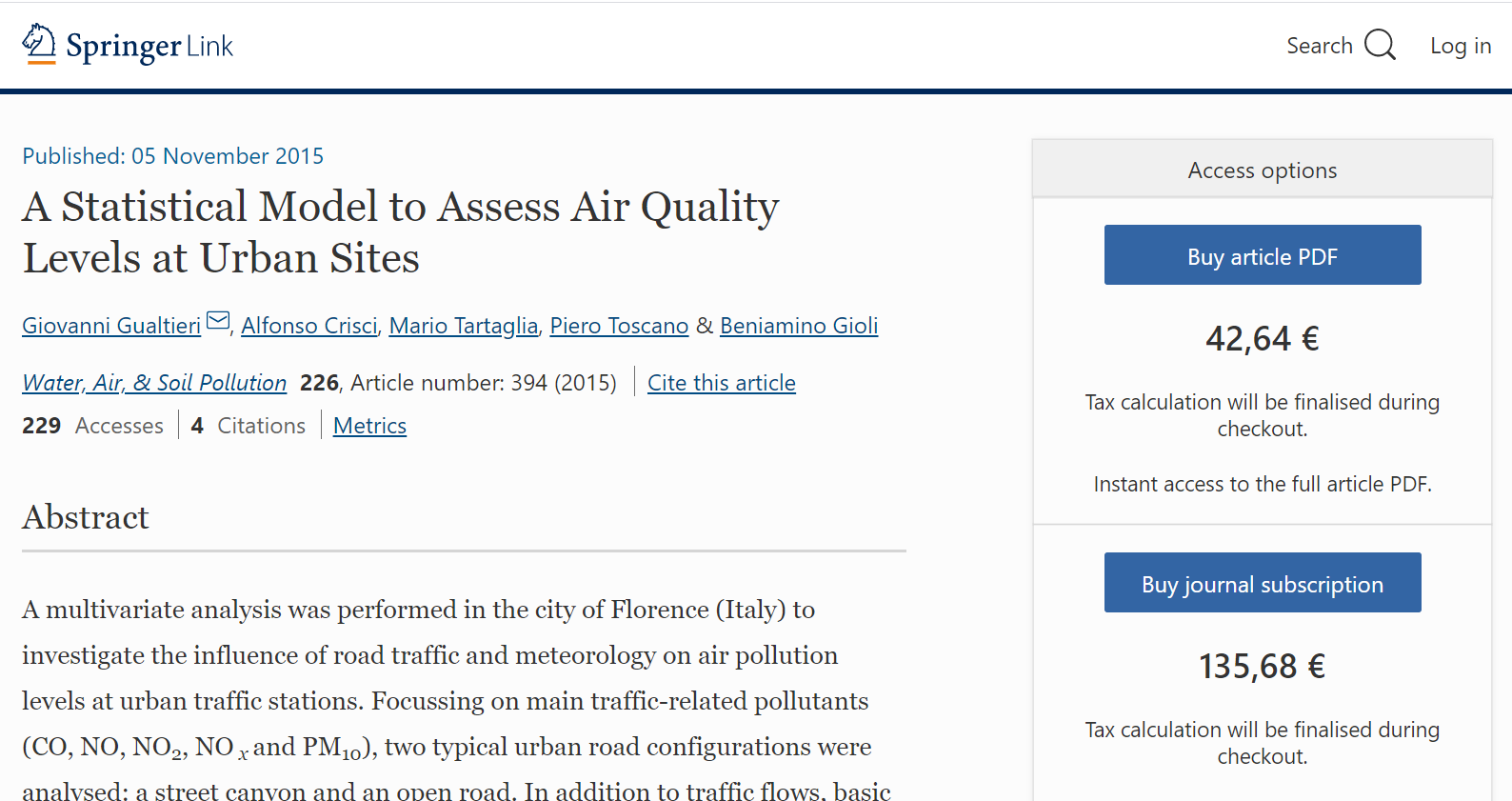 A multivariate analysis was performed in the city of Florence (Italy) to investigate the influence of road traffic and meteorology on air pollution levels at urban traffic stations. Focussing on main traffic-related pollutants (CO, NO, NO2, NOx and PM10), two typical urban road configurations were analysed: a street canyon and an open road.

In addition to traffic flows, basic meteorological parameters were considered: wind speed, air temperature and relative humidity. The influence of all drivers by period of the year and day of the week was analysed with correlation analysis, while a statistical model was developed to predict concentrations at traffic stations by using predictors as urban background concentrations, traffic flows and a site-specific constant. Trained on a 1-year period (2008), the model was validated over an independent 1-year period (2007).

The highest correlation of urban traffic concentrations was found vs. background concentrations, markedly for PM10 (r = 0.85–0.87). The influence of road traffic was the highest for NO2 (r = 0.51–0.58) and the lowest for PM10 (r = 0.36–0.40). Urban-scale poor advection conditions proved to affect PM10 peak levels more significantly than local traffic increase. For all pollutants, good forecasting capability was achieved by the developed statistical model, generally performing better at the street canyon (r = 0.79–0.86) than at the open road (r = 0.72–0.82).

Link to the complete article